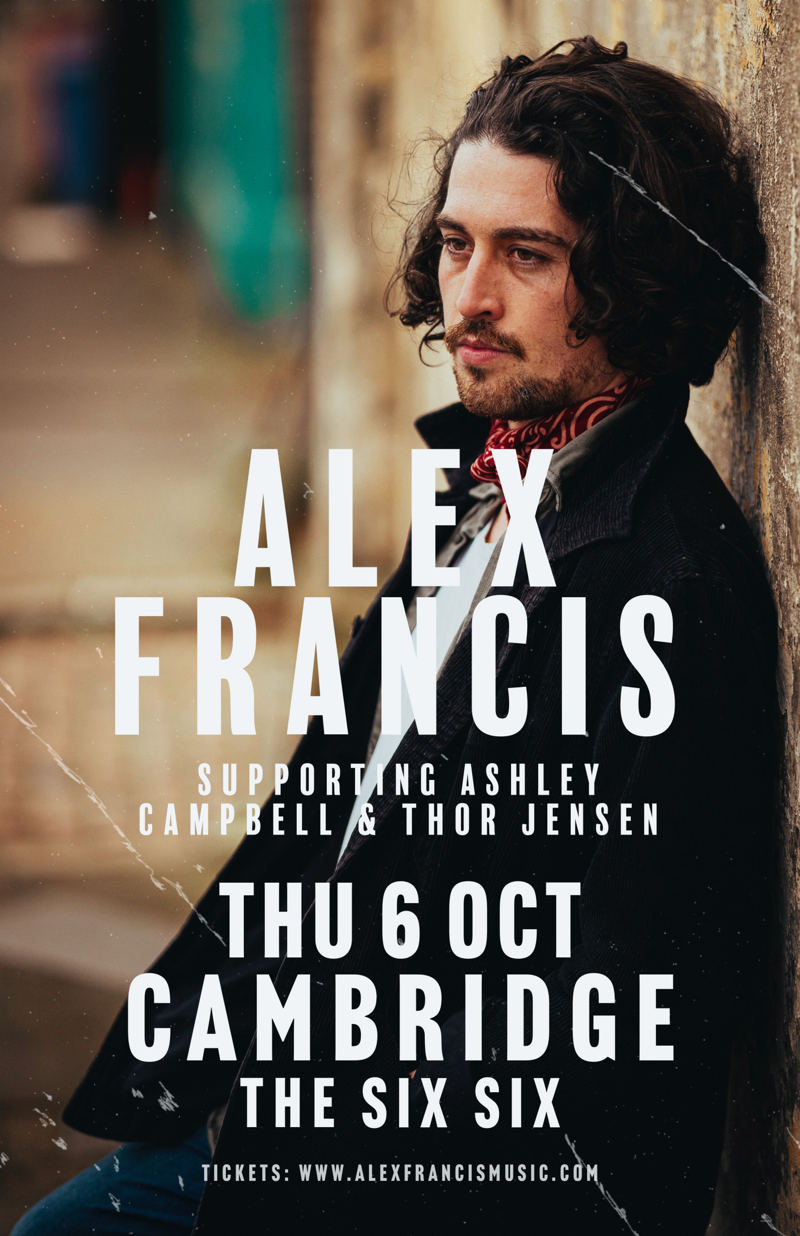 Ashley Campbell and Thor Jensen form a unique meeting of musical genres. With Ashley coming from the world of country and bluegrass and Thor having a diverse background from rock to gypsy jazz, they create a fresh sound as a duo. Ashley Campbell, daughter of country legend Glen Campbell began her career playing in her father's band on several world tours and has found success as a solo artist in the country music scene; most notably with her debut single "Remembering" which she wrote for her father. Her original music has taken her all over the world, from China to Japan, to the mainstage at London's O2 Arena to opening for Kris Kristofferson and the Bellamy Brothers. She has also been spotlighted for her banjo playing with Rascal Flatts in the music video for their hit single "Banjo".

Hot off a successful appearance at the Cambridge Club Festival in the summer, Alex will open the show with an intimate acoustic set showcasing brand new songs and old favourites too. Not to be missed!